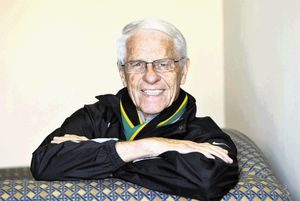 Although one of the world’s top hurdlers throughout his brief career Gert Potgieter is also remembered as an athlete whose attempts to win an Olympic title were thwarted by ill luck.

A potential meeting between Potgieter and a trio of high class Americans led by [Glenn Davis] shaped up to be one of the highlights of the 1960 Olympic track and field programme but it was never to take place. A few weeks before the Games began Potgieter was involved in a serious car crash whilst in Germany. He lost the use of an eye in the accident and the vision in the other was also damaged. On the day of the 400 m hurdles final he was still recuperating in a Heidelberg hospital. He recovered well enough to compete in the decathlon and won the 1966 South African title in the event but even if he could have resumed his career at the highest level South Africa had by then been barred from the Olympic Games.

Liana travelled widely internationally concerning sport and recreation including Sessions on the Olympic idea and its values in Olympia, Greece. She is a professional tennis coach and wrote several publications on sport coaching and Olympic Education. Currently she is an Executive Member of the Tshwane Sport Council and a member of the Gauteng Coaches Commission. She is a qualified sport facilitator, assessor and moderator at ETDP-SETA. 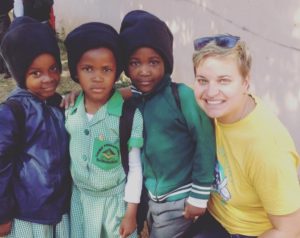 Samantha has always had a passion for children and working in the outdoors. Not only has she excelled in sports like athletics, netball and cricket but she has also represented South Africa numerous times in Clay Target Shooting from the age of 16 years old. Through hard work and training she also received Tshwane University’s Sport Woman of the Year in 2009. Samantha has also had aspirations to compete and qualify for the Olympic Games but due to a shoulder injury, that put her back to only doing the sport as a hobby. She also currently holds the South African Ladies Champion.